The other night, while I was trying to sleep, I started thinking about the post I wrote last week where I stated that hatred is driven – at its core – by a fear of death. I couldn’t shake the feeling that I was missing something fundamental. Naturally this started to make me feel a little anxious. … END_OF_DOCUMENT_TOKEN_TO_BE_REPLACED

That’s the most liberating, wonderful thing in the world, when you openly admit you’re an ass. It’s wonderful. When people tell me, “You’re wrong.” I say, “What can you expect of an ass?” S.J. Anthony de mello – SOURCE: AWARENESS “Most people do not listen with the intent to understand; they listen with the intent … END_OF_DOCUMENT_TOKEN_TO_BE_REPLACED

“The principle of freedom must be our first commitment, for without this no one is immune against the virus of aggrandizement – the impulse to grab power, wealth, position, or reputation at the expense of others.”  – Herbert Douglass – SourCE:The Cost Of Freedom True freedom is a commitment to experiencing the very real limitations … END_OF_DOCUMENT_TOKEN_TO_BE_REPLACED

“It’s not the existence of beliefs that is the problem, but what happens to us when we hold them rigidly, without examining them, when we presume the absolutely centrality of our views and become disdainful of others.”

“Repeat a lie often enough and it becomes the truth.”

As part of my selfless crusade to solve all the world‘s problems by doing nothing except have an opinion (how very middle white class of me), this week I thought I’d tackle the issue of why, exactly, so many of us are still prepared to trust such a prolific lier. Also why, exactly, honesty seems to hold the equivalent value of a broken condom in today’s society. As a bonus I thought I’d tell you all what, exactly, we need to do about it. You’re welcome! (Ok not exactly but ball park… ish)

Now you all remember the fable of the boy who cried wolf right? The boy who lies repeatedly, who consequently loses the trust of his fellow villagers? So much so that the day he actually tells the truth no-one believes him and so, as the story goes, the whole village gets fucked?

Well I believe we need to add an important third part to the story. The exception to the rule. That is what happened years later after the villagers had forgotten all about this important lesson, when they decided to elect the very same boy their king. Then how years and years of lie after lie led to the villagers not believing anything except the boy and so, as a result, all the villages throughout the kingdom got fucked. (I must trademark this idea).

Now it would be unfair to lay all the blame at the feet of the boy who cried wolf, but the fable is more about the message for our children. And indeed Donald Trump’s Twitter feed is a small part of what I believe to be a much bigger problem. That is a society which has increasingly pandered to our Neolithic emotions for sake of clickbait. One in which the powerful algorithms that sit behind the other side of our screens (like the very one you’re reading now) – designed purely to keep us attached to said screens – feed us only the articles, opinions and beliefs we want to hear. Add all of this to a global pandemic and it appears we’ve found ourselves in the midst of the perfect shit storm. One in which people don’t know up from down anymore!

All of these issues have put a supercharger on a fundamental problem to do with the human condition. That is our propensity to look for the things we want to believe while ignoring everything else. Put another way, our propensity to love the smell of our own bullshit but hate the smell of anyone else’s. What the modern world has done is make it eminently easier to confirm our bullshit smells great, without having to go through the pain of smelling anyone else’s. (I mean, it just smells so good right?)

Anyway if I want to believe that global warning, the pandemic and recent election results are all part of some radical left wing plot by a satanic underground pedophile ring (that happens to be the Democratic Party) working to overthrow our lord and saviour Donald Trump, then I can. I can live in that world. I can easily find the sordid dark corners of the internet that will confirm it. In fact the algorithms will quickly realise that this is what gets me off and feed me that information. So all my social media channels and the like can help me mentally masterbate over my strongly held beliefs 24/7, 365 days a year.

I used to think the majority were immune from being so blatanly radicalised online but I’ve seen more and more of it in recent years. Even among friends and family. Even in my profession – one heavily driven by math and science!

Now there isn’t a single pilot in the world who believes the earth is flat. And should you find one I suggest you get off that plane toot sweet! (That is, unless, you also believe the earth is flat, in which case all I’ll say is, “Godspeed old chap.”) Why? Well, to state the obvious (like the earth is round), it’s because we have observed it first hand. Everything we’ve been taught as pilots is backed by everything we have observed as pilots. We know categorically that it simply isn’t true. Of course if we did believe it, well, our identity as pilots would coming crashing down to earth – hard! (Pun fully intended).

That said there are a number of pilots (more than I care to admit) who believe that global warming is a hoax. Greta Thunberg, for one, is not a popular lady in my line of work. I always end up asking these colleagues of mine the following question – it’s pretty convenient for a pilot to believe his or her choice of profession does nothing to harm the planet don’t you think?

Of course that’s what I want to believe too. The same way I want to believe that eating Bambi actually helps the rainforest grow (hmmm delicious and environmentally friendly). I don’t want to confront the ways in which my lifestyle choices have undeniably and aggressively contributed to the problem of global warming. I don’t want to face that shame. But I must. We all must. We cannot afford to pick and choose the science that fits the narrative we want to believe. I think it’s high time we all grow the fuck up and eat our vegetables (like what I did there?). Of course that’s very difficult to do if we stop believing vegetables are actually good for us.

So how do we safeguard against rampant disinformation, smear campaigns, powerful clickbait algorithms, media networks who place the same value on integrity as they do the toilet paper they wipe their asses with, and a certain orange twat with a twitter feed? Well we certainly shouldn’t hope for any of that to change soon. No. What I believe we need to do is become more aware as individuals. We need to understand that ALL OF US are extremely susceptible to believing whatever it is we want to. That we are always looking for the things that confirm our extremely narrow minded view of the world. That confirms our bullshit smells great.

A good way to guard against this is to start with the assumption that what you believe is, in fact, bullshit. To make sure you go through the pain of questioning your own beliefs regularly. To find the information that challenges you to think differently (and also fact check the shit out of anything you do read). Look for the evidence that supports the other side. Go deep. Learn HOW to think not WHAT to think. This is what a good education teaches you to do.

This is important because people who know how to think understand they know far less than they could ever possibly hope to know in single lifetime about anyone subject. They understand there is no black and white – only a sea of grey (or maybe brown). For this reason they don’t hang tightly onto their undeniably limited views of the world. They are also willing to keep said mind open to other possibilities and viewpoints that question or contradict their previously held beliefs. They remain open to the possibility that they are wrong (because they probably are). More importantly though they understand the need to place their faith in the experts of their respective fields.

There’s something else that’s worth bearing in mind. We as a society (hate to break it to you) care more about our emotions than the truth. Ultimately this is the biggest issue of all. Until we start making the truth our top priority, until we start protecting it, until we start worshipping it like it’s our God… Until we start making honesty one of our most important values, we are fucked. It is time, ladies and gentlemen, to wake the fuck up and do so. To face reality for it is. Not only our own but that of the world. That is, that Global warming is not a hoax but the earth is, in fact, flat! You can trust me as a pilot of course – I’ve nearly flown of the edge several times…

Rant complete – thanks for reading everyone. As always, if it wasn’t abundantly clear, my writing requires a pinch of salt. Still I’d appreciate your complete honest opinions on the matter below. Also if you happen to think my shit stinks please say so. Even if it hurts I want to know so that I may feed myself a more wholesome plant based diet – so my shit can stink that little bit less. My feelings are NOT more important than the truth. Wishing you all the very best, AP2 🙏 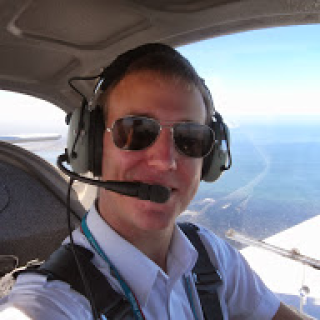 AP2 is a commercial airline pilot living in and out of Hong Kong, with a particular love for family life, traveling the world, improving the self and writing poorly. His blog https://clear-air-turbulence.com provides life advice that requires a pinch of salt.